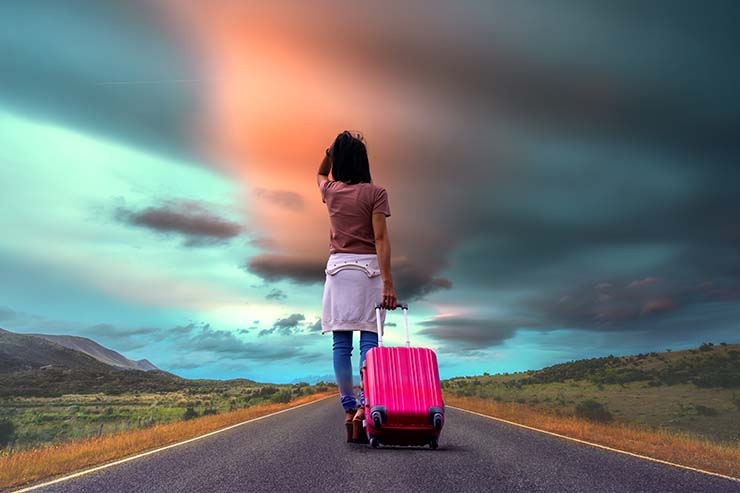 When you desperately exclaim “I feel so scared” you’re not overreacting to a situation or imagining something that isn’t there. Scared is exactly how you feel. The physical symptoms such as headaches and other aches and pains, nausea and an upset stomach can be unbearable, but you are even more likely to feel the symptoms…being unable to relax and feeling a sense of dread, feeling tense or nervous and wanting to run away from the perceived danger.

But what is causing these feelings? You know that your thoughts are irrational and there’s no immediate danger but still you feel like this. The answer lies in a part of your brain known as the Amygdala. The emotional part of your brain – the limbic system is the oldest part of brain and evolved as a way to protect us from danger. Way back when we were cavemen and needed to hunt our food, run away from danger and fight neighbouring tribes, the fight or flight response evolved to improve our chance of survival.

Evolution hasn’t replaced our emotional brain. The problem is, there are more psychological and social dangers now than actual physical danger and we now need a rational brain that can override the emotional brain and prevent us from fleeing from or fighting a danger that isn’t there. For instance, instead of punching a work colleague in the face that has screwed you over, you need a more adult brain that can think rationally and move you away from the situation before it starts.

So nature has given us a ‘higher brain’, one that can make rational decisions based on the information it is receiving. The world we live in today requires us to behave rationally, take time to weigh up pros and cons, pause and reflect on the situation and make deliberate actions rather than automatic emotional ones that can often get us in trouble.

So back to the Amygdala. It is part of the limbic system and lies deep inside your brain. It works unconsciously meaning that it will make decisions based on previous experiences that are stored in your subconscious. We are unable to control its immediate, instinctive, automatic reactions because they happen much before your consciousness kicks in. When triggered it sends signals to other parts of your brain and body and gets you ready for the flight or fight response. Your heart will beat faster, your muscles will tense and you will start to sweat and shake. Your blood pressure will rise as adrenalin is pumped into your bloodstream. Brilliant if there is an actual physical danger because your body is now prepared to fight or flight without you having to consciously prepare yourself.

So what triggers the Amygdala? Because it is the emotional part of the brain you will often feel the fear before you see it. It triggers in a matter of seconds and you cannot control it. Whilst doing so, it turns the rational part of your brain off leaving you unable to think rationally and consumed with fear.

Everyone has a rational, higher brain that has the power to resolve conflicts in a way that is healthy, thereby overriding the Amygdala’s emergency alarm and once overridden fear disappears and the body returns to a normal, relaxed state. Your higher brain has the power not to lead you into an anxiety disorder.

There are techniques you can learn to use to help your rational brain stay switched on and override the Amygdala Hijack which we will look at in my next blog.  However if you want to learn how to do this with support come and work with me in my therapy room in Basingstoke. Just a few sessions will give you the confidence and tools you need to live an anxiety free life.