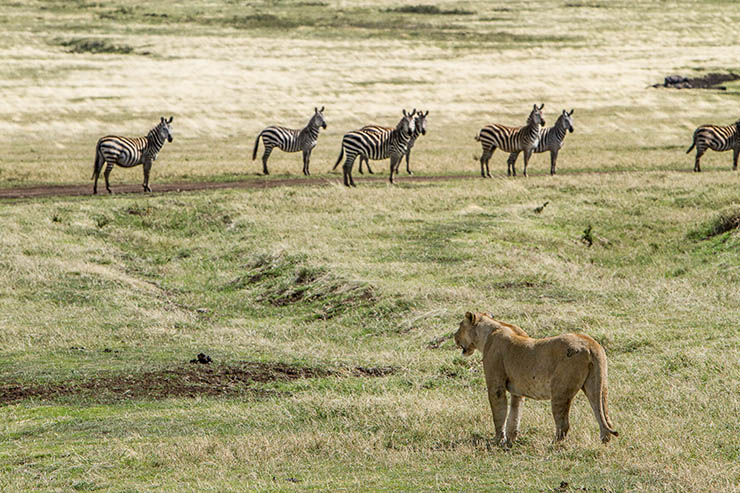 Do you ever find yourself stuck in a rut of repetitive thinking or an infinite loop of obsessive rumination in which you replay the same thought again, and again, and again?

Have you ever felt scared and upset in a situation where you knew it didn’t make sense? Do you remember any times when you knew you were over-reacting but didn’t feel like you could help it?

Maybe you’re scared of flying because of a panic attack you had on a flight once. You have been at an airport waiting for your flight and have seen hundreds of people getting on and off their flights safely, yet you still worry about getting on yours and going on holiday. You might have been stuck in a downward spiral of negative thoughts just before an important job interview.

Whatever the differences in content are, these types of experiences are driven by the same thing – our old brain.

Through no fault of our own, our minds are a mess. Our brains have evolved over thousands of years and this means that we have a part of our brains that is responsible for basic survival functions – Motives, Emotions & Behaviours (Old Brain),and one that has evolved to take care of the higher level functions – Imagine, Plan & Ruminate (New Brain). We have ended up with a brain that has been designed for us, not by us and that makes it very tricky for us and our biggest challenge.

Motives evolved because they help animals to survive and seek out things that are important such as food, shelter, relationships & reproduction. There are three main motivational systems:

Emotions such as anger, anxiety, sadness & joy guide us to our motivations & goals and respond if we are succeeding or threatened. They direct our:

Behaviours such as: fight, flight, & caring direct whether we approach or avoid situations (fight/ flight) or even if we shut down.

The human brain is the product of many millions of years of evolution. A process of conserving, modifying and adapting has meant we are now able to think, reason & plan which enables us to cooperate and communicate. However this new brain of ours isn’t fool proof or even 100% useful. Because of these abilities for thought and self-awareness, we have become burdened with the habits of self-monitoring, self-criticism, fearful imagination, fear of feelings, emotional avoidance, shame & sense of inferiority and rumination., with emotional by-products such as anxiety, depression, guilt & shame.

Unlike other animals, humans can anticipate the possibility of starving to death or obsess on a fearful experience

Our old brain and new brain do not always act in harmony. Sometimes strong emotional content can be activated by old brain which can unduly bias the new brain, creating a loop where because we are activated (ie. feeling threatened) we notice and think of things that keep us activated which makes us continue to feel threatened.

One way of thinking about our tricky brain is to picture a zebra in the wild. The zebra is happily grazing with his herd, when along comes a lion. The lion gives chase and the zebra flees for survival. As luck would have it, on this occasion the zebra gets away. It then wanders back to the herd, and continues to graze. Its threat system served it well. The threat system kicked in, and the zebra’s body took over, ensuring its best chances of survival in a real life or death chase. Now, if that zebra had been gifted with a more human brain, he would still have that instinctive fight or flight reflex, but problems could begin after the event such as rumination and worry.

On returning to the herd, the zebra may begin to reflect as follows: “That was scary – I could have died. What if next time I die? What if I had tripped and fallen, that could have been the end of me. How am I going to prevent that from happening again? Why did the lion pick me? Did I look weaker than the others? Why didn’t anyone help me out there? They all just carried on grazing as if nothing happened. Maybe they don’t like me. What would have happened to my children?” Not only would the zebra be giving itself a wealth of new threats to dwell upon, but he’d be feeling worse for longer by ruminating about the past and worrying about the future.

This is what happens to humans. In face of a threat, real or imagined, we can bring the threat into our heads and keep it going in creative and unhelpful ways. As humans we can add to our original problems with shame and self-criticism, unhelpful comparisons and negative judgments, all of which can sustain the feeling of threat and create a more persistent cycle of negative emotions.

‘Pain is inevitable, suffering is optional’

There is a sutra in Buddhism called “The Arrow.” It says that in life, two arrows strike us. The first arrow is the unavoidable pain of life. No one escapes being struck by this arrow. Even the most practiced, wise, enlightened, present and brilliant people feel the pain of life. It just comes with having a physical, impermanent human body living among other physical, impermanent bodies. But then, most of us are struck by the second arrow — the arrow of suffering.

The arrow of suffering is the story we tell about the pain of the first arrow. It’s the way our mind turns pain into ongoing story-thoughts that we are bad, not good enough, someone is to blame for our pain, life just isn’t fair, etc. It is also the source of obsession and distraction because we so want to escape the pain of the first arrow so we get really brilliant about creating elaborate stories to save us from our own pain. This one we can escape. It’s optional. In fact, it’s the only thing we ever really have any control over.

Compassion-Focused Therapy helps those who struggle with shame and self-criticism that can result from our new brain, old brain troubles and has been shown to effectively treat long-term emotional problems including anxiety disorders, depression, low self-esteem and confidence.

We often think having negative thoughts or feelings is bad or wrong and that we are choosing to think like this, therefore we are a bad person, but the truth is nobody chooses to. Our brains evolved to react and sometimes they don’t react in a positive way.

The therapy also helps us generate emotions that can help change our thought patterns – like compassion. The brain is designed to create kindness and compassion as well as the more protective emotions like stress and anxiety, it’s just a case of learning how to activate this part of the brain. If this is something you think you could benefit from, please contact me to find out more.